Earlier this year, JJ Abrams, Stephen King and James Franco all teamed up to create a very interesting and intricate Hulu series that was right up in my wheelhouse as it involved two of my favorite things- time travel and history- in the series entitled “11.22.63”.

For most history buffs, the series’ tile will seem very familiar to them as the date is one that went down in history, and it also encapsulates what the series is all about- the assassination of President John F. Kennedy.

The series adapts the Stephen King book of the same name, and presents viewers with a different perspective as the main characters try to discover Lee Harvey Oswald’s true intentions in assassinating John F. Kennedy, which also is an attempt to present the viewers with a possible explanation as well.

However, as everyone knows, time travel is tricky business, and even more so here when the past itself throws all kinds of obstacles in your way. 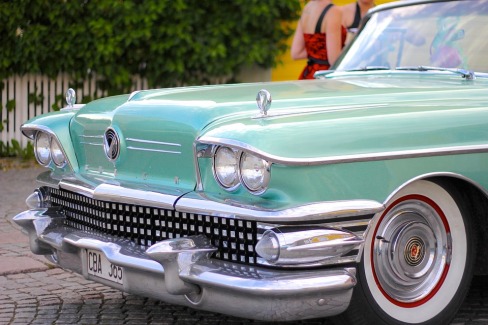 Without further ado, let’s travel back into the ‘60s!

“11.22.63” tells the story of Jake Epping (James Franco), an English teacher who is coasting through life aimlessly, who ends up taking up the mantle of a good friend of his and attempts to prevent the assassination of John F. Kennedy by travelling to the ‘60s through a magical portal in his friend’s, Al Templeton’s (Chris Cooper) diner storage closet.

In the ‘60s, Jake’s main objective is to be able to follow Lee Harvey Oswald (Daniel Webber), and to discover whether he indeed was the one and only shooter, and if he is, he has to eliminate him. This, of course, is due to Al’s belief that the world would have been better if JFK never died. Al has, apparently been trying to do it by himself, but as he is running out of time, as he is sick, he decided to pass on the baton, and all of his research, to Jake.

In the ’60s, Jake, of course, runs into problem after problem, from forming bonds and relationships with others existing in that era, and, most importantly, the past.

This is because the past itself, or time, does not like it when one tries to mess with it, so it messes back at you. These things usually occur during events which will have considerable effects or when Jake is getting too close to things. And this usually happens in the form of seemingly random, violent things happening around him. For example, a visit to a Mexican restaurant while tailing Oswald’s supposed handler caused a chandelier to fall down, a small fire, a blender being started so that Jake cannot hear the conversation he is eavesdropping on, and the beginnings of a brawl outside. Aside from this, there was an incident in which all of his research got burned due to an unexplained fire at his boarding house.

Here, King presents us with an interesting system on how the past likes to stay set in stone.

One of the most interesting things, aside from the fact that Webber looks eerily like Lee Harvey Oswald , is the presence of Bill Turcotte (George McKay), who becomes Jake’s partner. He is an interesting foil to Jake, and allows the audience to see as well the effects that Jake’s actions and mission have on other people, for better or for worse.

Jake’s relationship with Sadie Dunhill (Sarah Gadon)  was interesting as well, and how that relationship also affected not only his mission, but his friendship and partnership with Bill.

Things got really interesting at the end, though, as Jake, upon saving the president, and upon travelling back, discovers that he only made things worse for the world instead of being able to solve it.

So, in the end, he goes back into time, and decides, quite painfully, to let go of Sadie, and does not do anything at all, so that things return to the way it is.

Now, at this point, one might think, what was the point then?

At the beginning of the series, Jake did not have a purpose at all, and this mission gave him a reason to keep on going. However, I believe, that by letting things run their course, and by not changing history, he was still able to do something and correct his mistakes. He also learned how to let go and move on, because there is honestly, nothing like the present.

The acting, in particular, of Josh Duhamel, George McKay, Chris Cooper , Sarah Gadon, Daniel Webber, and  James Franco were really good. I liked seeing Franco again as a conflicted hero figure and I loved seeing Duhamel transform into someone violent and menacing, very much unlike what I usually see of him. T. R. Knight also shown in his role as Sadie’s abusive ex-husband.

The music, costumes and set pieces were brilliantly made, and it made one nostalgic for the ‘60s.

The story was intricate and will definitely intrigue mystery and history buffs. However, when it comes to pacing, there were times when it, unfortunately, became a little dragging.

However, all in all, this was an interesting series with an interesting premise and world that took a look at one of history’s biggest and maybe unsolved assassinations.