Starting from this point on, I will be changing up things a little, because from time to time, you will be seeing me talk about individual episodes of a television show, and maybe, a re-watch of a show that I love with my thoughts on it.

Normally, I post those thoughts on my Tumblr blog, but I’m beginning to want to put everything in just one spot, so, in the near future, expect to see more posts that aren’t just reviews, starting with the next post after this.

Ever since last year, a very good friend of mine has been encouraging me to watch one of her favorite shows of all time,  the reimagined 2003/2004 Ronald D. Moore version of “Battlestar Galactica” (BSG). I was hooked from the moment I began watching the miniseries, and began watching the first two seasons, but as much as I loved the characters, I had to take a break after “The Farm” (Season 2 Episode 5), because it got pretty deep and dark for me at that moment, and because I was trying to watch BSG at the same time I was trying to watch “Star Wars: The Clone Wars”. (I do not think anyone should attempt watching two space based shows with lots of battle sequences at the same time. So aside from what I did wrong, also, do not watch BSG at the same time as an “Expanse” catch up marathon.) And maybe, it was because at that point, I was shipping Lt. Kara “Starbuck” Thrace (Katee Sackhoff) with Captain Lee Adama (Jamie Bamber) pretty hard, and I was not fond of Samuel “Sam” Anders (Michael Trucco), at that point.

However, after a year, I decided to give it another go, and began re-watching it from Season 1’s “Flesh and Bone”. From there on out, I decided to commit myself to finishing the show. (I’m currently halfway through the entire show!)

At that point, I already loved the show, but the next couple of episodes, starting from the two parter “Home”, all the way to “Flight of the Phoenix”, that I began to truly love the show as much as I currently love “Doctor Who”, and the episode “Pegasus” solidified that.

What was interesting about this is that it was a slow burn for me to love and appreciate the show as much as I do now, and I’m only technically on my first watch (cycle) of the show.

For the uninitiated, the reimagining of “Battlestar Galactica” tells the story of the survival of the human race after the Cylons, a race of self-aware cybernetic beings created by mankind, attack the Twelve Colonies after years of peace between the two races. 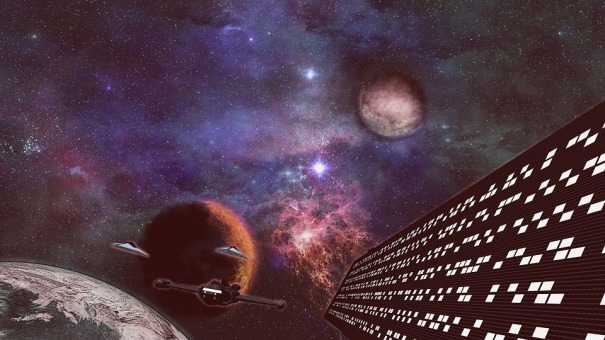 Aside from well-crafted plots and character driven storylines, memorable characters and an awesome score by Bear McCeary (“Agents of S.H.I.E.L.D.”, “Caprica”, “Outlander”, “10 Cloverfield Lane”), this sci-fi show is, in essence, a military naval drama set in outer space, which probably changed the game due to its gritty and dark nature, while being a philosophical commentary on humanity and its existence.

I know that this description doesn’t do this amazing show justice, but it is sort of a combination of “The Matrix” and “Humans” (robots and technology rebelling against their masters; becoming self-aware), CW’s “The 100” (post-apocalyptic, dystopic, and a show about survival, minus the teen drama), and “The Last Ship” (due to its naval drama nature).

Currently, I’m half-way through the entire series, and as I am very much a completist, someone who reads or watches things with the webisodes and television movies in between with the recommended watching order, this means that I have also seen the extended versions of some of the episodes, watched the webisodes, and has seen the television movie “Razor”. (For those who want to know, I’m actually following this viewing guide.)

Aside from a tightly woven story, I love how this show constantly lets me second guess the characters that I am watching on screen, as almost all of them do have blood on their hands, and have done questionable things as well. However, I do have my favorites, such as Chief Galen Tyrol (Aaron Douglas), President Laura Roslin (Mary McDonnell), Lt. Kara “Starbuck” Thrace (Katee Sackhoff), Billy Keikeya (Paul Campbell), the Adama men (Edward James Olmos and Jamie Bamber), Number Six (Tricia Helfer), and recently, oddly enough, Number Three (Lucy Lawless) and Louanne Katraine “Kat” (Luciana Carro). (I’m always on the fence with Number Eight/”Boomer”/”Athena”,  who is portrayed by Grace Park, with Gaius Baltar, whom everyone loves and hates at the same time, who is portrayed by James Callis, and with Colonel Saul Tigh, who is portrayed by Michael Hogan). One thing is for sure, with all of what has happened to the Colonial Fleet, there are only grey areas to be found, as things are usually not black and white.

Aside from the realistic and complex nature of the characters, I loved that they also showed some really strong women in the show, which of course, include Starbuck and President Laura Roslin (Mary McDonnell). I also loved the fact that these two characters sort of broke the mold,  as Starbuck was a maverick pilot who spoke her mind,  was reckless, drank a lot, gambled, and smoked cigars; while Roslin was more intuitive, maternal, yet still wasn’t afraid of making hard choices. I also loved the fact these two, especially Starbuck, did not have to be curvy or thin to make her a really great female character.

Aside from that, the visual effects in BSG are really good, especially when it comes to the outer-space battles and  the Cylons; and there are plenty of moments in the show which makes you think, and allows you to contemplate about the moral implications of some things and actions that are done throughout the show.

Also, I love the way how they manage to weave in discussions of religion and faith in the show, (with a smattering of prophecies and the like), as it those kinds of issues and themes may seem out of place in a show like this.

(For those of you who do want a word of caution, yes, this show has violence, tackles sensitive and controversial issues, some nudity, and yes, does have  what I call “sexytimes”. So, you have been warned, but please bear in mind that this is still an excellent show. This is just a short warning for those who do want a heads up regarding those things. Also, if you are the type who easily gets sucked into the wonderful black hole of fandom, well, you’ll probably get sucked in with this, too.).

So, if you are looking for a gritty and dark, post-apocalyptic show that doesn’t necessarily have to be hard core science fiction, with great acting, music and plot; and, if you are a fan of “The Expanse”, and cannot wait until the second season premieres next year; or if you just want to watch a really good show, check out “Battlestar Galactica”, because it is well worth your time, so say we all.

One thought on “Confessions of a “Battlestar Galactica” Convert”