After an entire year of waiting, Whovians finally got treated to another “Doctor Who” adventure with the annual Christmas special tradition that was established in the reboot of “Doctor Who” in 2005, with the first Christmas special being “The Christmas Invasion”. However, this year’s Christmas special, “The Return of Doctor Mysterio”, was a welcome sight for Whovians especially as the last episode of series nine was in September of last year, and as we are all eagerly waiting for series ten to come next year.

Now, honestly, I was not sure at first at what to expect based on the title, but after watching the promotional material being released for the special, and after seeing the special in its entirety, I now understand what Peter Capaldi was talking about, and I do understand why they chose this title. And for all intents and purposes, I do believe that they did manage to achieve what they set out to do- present a fun and light, rompy adventure.

Before I delve into any spoilers, I can say that if you are a Whovian, and if you love the superhero movie genre, I do believe that you will enjoy this special as much as I did, especially as you take it and enjoy it for what it is.

Now, if you have not seen “The Return of Doctor Mysterio” yet, please watch it first before reading on, as there will be….. 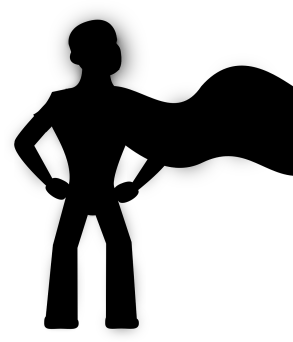 “The Return of Doctor Mysterio” told the story of a young boy from New York City named Grant Gordon, who, on one Christmas Eve, met the Twelfth Doctor (Peter Capaldi) and ended up swallowing a gemstone that has the ability to grant a person his innermost wishes- and in young Grant’s case, it made him a superhero, complete with the powers of flight, super hearing and strength, and X-ray vision.

As Grant grew up, the Doctor sometimes popped in to see how he was doing. By the time Grant hit puberty, however, the Doctor began to believe that the gemstone is now fused with his DNA.

Fast forward to the present day, Grant (Justin Chatwin) became a nanny for his childhood crush, a journalist and single mother named  Lucy Fletcher-Lombard (Charity Wakefield), while moonlighting as the superhero known as “The Ghost” when trouble arises.

Meanwhile, Lucy meets the Doctor and Nardole (Matt Lucas), as they were both investigating a company called Harmony Shoal, who, in reality, are composed of an alien “body snatching” race intent on taking over the Earth. As they use human bodies as “vessels”, they decided to get the body of “The Ghost”, who at that particular point, managed to secure an interview and  a date with Lucy. Interestingly enough, during their date, Lucy discovered, much to her surprise, that she does have feelings for Grant, and not for his alter-ego.

In the end, the Doctor managed to save the day, as usual, and “The Ghost” revealed his true identity to the world and to Lucy, who ultimately, chose him over his superhero alter-ego.

It was also revealed that the Doctor had been absent for twenty-four years, as he had been spending those years for his last night with River Song (Alex Kingston) on Darillium, and that the events of “The Return of Doctor Mysterio” was happening at the same time River was meeting her end at the Library with the Tenth Doctor (David Tennant) and Donna Noble (Catherine Tate). However, now, even though he is still mourning her loss, he, “Doctor Mysterio”, as young Grant had dubbed him,  is back, and ready to save the universe again.

This, and the series ten trailer that came afterwards, gave us, the audience, the perfect momentum to look forward to it when it comes back sometime this year. It also showed us that not only will we be seeing the new companion, Bill Potts (Pearl Mackie), in action, but that there will be a lot more Nardole in series ten as well.

I was surprised to see Nardole turn up here in the Christmas special, but given the fact that he was River’s servant, it made sense that the Doctor would reassemble him and bring him along for the ride. I was pleasantly surprised with him, and I loved the witty banter that he and the Doctor had throughout the episode. So, if Bill is more of the “explainer” for series ten, Nardole will be the one who knows the Doctor more, and who will also help explain things to Bill when the Doctor can’t.

As a fan of both “Doctor Who” and of the superhero genre, I liked this Christmas special a lot, especially as there were a lot of superhero references throughout the entire special- from young Grant’s bedroom, to the parallels that the special had to Superman, to the Daily Planet-esque globe on top of one of the buildings, all the way to the mention of Schuster and Siegel during the press conference. (Also, is it just me, or do the brains remind me of Krang from “Teenage Mutant Ninja Turtles”?)

Another thing that was interesting was that instead of this focusing on the Doctor, it focused more on Grant’s story, and I loved the comic book elements and the romantic comedy moments that it had. I believe that those things are what sets it apart from the other Christmas specials.

I also like how this was a love letter to the civilian identities of superheroes, and in particular,  to Clark Kent, because in the end, Lucy chose Grant instead of “The Ghost”.

On the Doctor’s part, for him, and at a certain point, for the audience, this is almost akin to a second part to “The Husbands of River Song”. Aside from the fact that this comes right after that, it had a lot of continuity from that episode, what with aliens who can split their heads open, the mention of the twenty-four years the Doctor was away, and of course, Nardole.

Interestingly enough, for me, we see more of the Twelfth Doctor’s unique traits in this episode, which are familiar, yet new at the same time, such as the fact that he now is seemingly hungry all the time, so he carries around different snacks with him, from sushi to a burger. (Very Fourth Doctor-ish with his jelly babies). I also love the fact that they included the fact that the Doctor does like to press random buttons, just as the Tenth Doctor did in “The Christmas Invasion”. I love how the Twelfth Doctor interacts with kids, and that at times, we can see that he isn’t really the hero-type, but more of a scientist, and a little bit more mellow, even though he is still very self-contradicting.

I liked the Doctor’s quiet little eulogy in the end for River, and how that also allowed him to also gain some momentum to go back to his usual business of saving Earth and the Universe once again, which, based on the series ten trailer, he will be doing a lot of.

It also left the door open for the return of Grant and the return of the body snatching aliens, if they wanted to, especially as one of the aliens switched bodies with a soldier from UNIT.

Over all, it was a good, superhero adventure and romp with moments that allowed us to see that sometimes, the Doctor is just really a madman with a box that just happened to pass by and ended up saving humanity yet again.