One thing that is great about big franchises like “Star Wars” or “Doctor Who” is the fact that it has so much material that it lends itself to expand and grow its universe, its main and secondary characters in different mediums, from games to books to audio dramas and the like. In the case of “Doctor Who”, there have been games, spin-off shows, novels, short stories, and, of course, there are the Big Finish Productions Audio Books and Audio Dramas.

I have been wanting to dive into “Doctor Who’s” Big Finish stuff for quite some time now, but never knew exactly where to start. However, after discovering that the pair of Henry Gordon Jago (Christopher Benjamin) and Professor George Litefoot (Trevor Baxter) had  a spin-off series called “Jago & Litefoot”, I decided to give it a try after I reach “The Talons of Weng-Chiang”. I also thought that it would be the most logical and organic  way for me to get into it, and I’m glad I did.

For those who don’t know who Jago and Litefoot are, this pair made their debut in 1977 serial “The Talons of Weng-Chiang”, which was set in Victorian London, and considered as one of the best classic serials in the pantheon of Classic Who.

In the serial, Jago was the owner of the Palace Theater, where the Chinese magician Li H’sen Chang (John Bennett) performed, and met the Fourth Doctor (Tom Baker) and Leela (Louise Jameson) after they got embroiled in a case involving the Chinese and Li H’sen Chang.

On the other hand, Litefoot, a police pathologist, met Leela and the Doctor earlier on, and ended up meeting Jago somewhere in the fifth part of the serial itself. However, their dynamic on screen was just magical, so it really wasn’t hard to guess that even after thirty or more years from when they made that serial, that the magic was still going to be there.

In their very own series, Jago and Litefoot, the “Infernal Investigators”,  end up investigating strange cases that somehow find their way to them in one  way or another. Together, the pair of them embark on adventures, solve mysteries, and often find themselves in life threatening situations, but one thing is sure, these two will always have each other’s backs.

For the Nu Whovians, just think of them as the original version of the Paternoster Gang, except for the fact that these two are just two upstanding Victorian gentlemen.

The first series in their range of stories and adventures is an excellent one. It sets up the main and recurring characters, and each story, although they can stand alone, is connected to each other, and that gets resolved by  the final audio drama in the series.

The stories were well written, and the dialogue and chemistry that all of the characters, Jago and Litefoot in particular, have with each other is just magical. Add to that the high quality production level of all the audio dramas, good direction, and effects that make you feel as if you have literally been transported to Victorian London while listening to it, and you’ll have the perfect recipe for a series that makes you feel as if it was only yesterday that we had been introduced to this pair of two Watsons to the Doctor’s Sherlock Holmes. (Of course, Jago is the more bumbling version of the character; while Litefoot is the more sensible one.)

The acting and direction  is well done too, and it is amazing how Baxter and Benjamin slide into these characters again so easily even if they haven’t done it for around thirty years.

So, if you loved “The Talons of Weng-Chiang”, “Doctor Who”, or if you are fond of a good mystery story wrapped up in a high quality audio drama, then “Jago & Litefoot” is definitely for you.

(You can actually find Big Finish Audio Dramas and Audio Books on “Doctor Who” and “Jago & Litefoot” on Spotify, but if you love what they do, please support them by buying their products. )

Now, before we move on, please be warned that there will be spoilers from this point on. 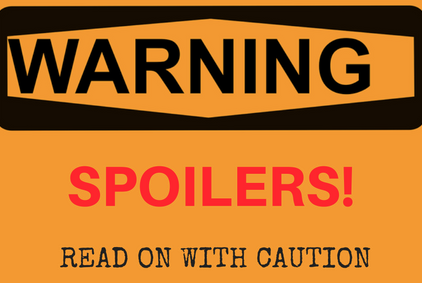 The entire series kicks off with “The Bloodless Soldier” by Justin Richards, which also serves as the pilot episode for their entire series.

In the end, the danger hits very close to home in the form of Ellie Higson (Lisa Bowerman), a barmaid at their favorite haunt, The Red Tavern; and Jago ends up proving his worth in a surprise twist at the end.

Aside from the fact that Benjamin and Baxter slide into their roles effortlessly, and the fact that Richards writes these characters well,  is that it also got to expand on a new character, Ellie, whom we just know will be a recurring character for their entire range. Aside from this, we are also introduced to Dr. Tulp (Toby Longworth), who ended up being the big bad for the first series.

This was a perfect pilot for the series because it shows how close these two have gotten even though it had just been a short while since the Doctor and Leela came into their lives; and the story kept me on the edge of my seat the entire time. I also surprised that it gave emotional depth to Jago, who ended up surprising at the end.

“The Bellova Devil”, the second story, was written by Alan Barnes. This story was more of a straight up mystery story, akin to a Sherlock Holmes story.

Jago and Litefoot end up getting involved in a case of a dead man walking, mysterious Bulgars, and an ominous club called “The Far Off Travelers Club” after a colleague of Litefoot’s, Doctor Sacker (Duncan Wisbey), asks for a second opinion on a body that had seemingly walked again after being brought to the morgue.

I really liked the fact that the events that happened here righted itself in the end, even if  Jago and Litefoot weren’t the ones who ended up taking care of the main culprit in this caper. I think it was refreshing, and quite Sherlockian, and I love that a Sherlock Holmes adventure, “The Red-Headed League”, was mentioned here as well.

The third story, “The Spirit Trap”, was written by Jonathan Morris. This time around, Jago and Litefoot end up investigating a medium named Mrs. Vanguard (Janet Henfrey) after Ellie tells them that one of her seances had allowed her to communicate with her recently deceased brother, Jim Higson (John Banks), was killed in “The Bloodless Soldier”.

Later on, Jago and Ellie ended up getting trapped and body-swapped when it turns out that Mrs. Vanguard’s spirits are people from the future who want to return to the past in order to change history to serve their own purposes.

A wonderful episode with good continuity but no mention of Tulp, I loved the fact that Jago managed to fend on his own and take care of Ellie while they were just floating spirits in that cabinet of Mrs. Vanguard’s. I also love the fact that the pair care very much about Ellie in a very parental fashion.

“The Similarity Engine”, which was written by Andy Lane, is the last episode of the first series, and allows Jago and Litefoot to finally confront their big bad for this series, Tulp.

In this story, Jago is kidnapped by Tulp’s forces, while Sergeant Quick (Conrad Asquith) informs Litefoot of a strange infection that has infected several of his friends in the force.  In the end, Tulp’s grand schemes are revealed, as it turns out that he had been projecting his mind into the future, and used his knowledge of computers and uranium to come up with a device that mass produce wooden copies of people and would allow him to transfer his subconscious into these wooden clones for a while, so that he would be able to have a monopoly on uranium. Of course, his glimpses into the future cost him dearly as well as a worm-like something ended up using his body as a host in order to use the machine and the uranium to turn the Earth into a planet in which it could live in.

This story was very much a “Doctor Who” story as it follows that formula, but comparing it to “The Crimson Horror”, I liked this one much better.

It actually started out strong, and it ended quite predictably, but it still didn’t detract from what I loved about the episode, such as the fact that the sound effects of the machine in the background made it seem like the most steam punk story in the series.

I was also surprised at the end, because I thought that the case that Quick presented Litefoot at the end would one that Jago and Litefoot would solve, but since Jago had just gotten kidnapped and all, Litefoot decided that he didn’t want to put his friend in danger anymore, making listeners such as myself wonder where their dynamic and pairing will go in the second series.

Personally, I loved all of the stories, but my favorites in Series 1 would be “The Bellova Devil”, followed by “The Bloodless Soldier”.

I really enjoyed listening to the first series of “Jago & Litefoot”. All of the writers seemed to know how to really write for the two main characters, so it really wasn’t hard for the two lead actors to slide back effortlessly into these roles that they haven’t played in thirty or more years. However, the dynamic is unchanged, which makes this series amazing.

It’s also so amazing how these two very different men end up being so close to each other, and the affection that they have for each other as well. Although, sometimes, I do think that it’s Litefoot who needs Jago more than Jago needs Litefoot. Also, their contrasting temperaments make sure that these two will always work out, no matter what situation they are in.

I also loved the reintroduction of Quick, and I liked getting to know Ellie to the point that I cannot wait to hear more of them in the future.

The sound effects and the music, which, of course, plays a huge role in an audio drama, really  was able to add to the mood to the point that you can really imagine yourself wherever they are at at the moment, whether it be King’s Cross Station or Highgate Cemetery.

The voice acting was just superb, and hats off goes to their directors as well.

Upon listening to this, I now understand why “Jago & Litefoot” is a popular range at Big Finish Productions, and why they have around thirteen series at this point in time, including some one-off stories in which they interact with the Fourth Doctor, Leela, and Strax (Dan Starkey).

So, if you are a fan of this duo from “The Talons of Weng-Chiang”, or if you want a taste of what a Paternoster Gang spin-off on Big Finish could be, then I suggest you give “Jago & Litefoot” a go. Just prepare yourself for a lot of alliteration from the esteemed theatrical impressario named Henry Gordon Jago.

Did you like Big Finish’s “Jago & Litefoot” Series 1? What was your favorite story in the series? What did you most enjoy and least enjoy about the series and the stories? Let me know what you think in the comments below!