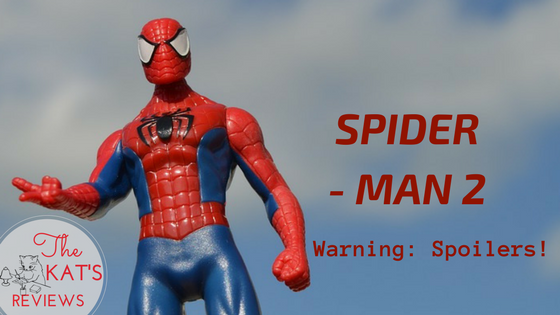 Just as with everything, a movie having a sequel has both its pros and cons. Having a sequel means that the studio made a lot of money with the first film and from the creative perspective, it means that they can tell more stories with this particular set of characters. However, the challenges that come with it are pretty daunting as well, as they have to make sure that it will not only progress the story and development of the characters we have already come to know and love, it means that it has to make sure to live up to or even surpass everything that made the first movie great, without it falling into the usual traps, and without it being just another cash cow without quality. “Spider-Man 2”, in my humble opinion, managed to do all this and more, which is no wonder why this film has been cited on many critics’ lists on the best superhero movies and best superhero movie sequels of all time.

The first “Spider-Man” introduced us to Tobey Maguire’s Peter Parker/Spider-Man, Mary Jane Watson (Kirsten Dunst), Harry Osborn (James Franco), Uncle Ben (Cliff Robertson), and Aunt May (Rosemary Harris), and Norman Osborn or the Green Goblin (Willem Dafoe); and was a coming of age story about a young man discovering and figuring out his newfound powers.

“Spider-Man 2” then continues the story by showing us the struggles that Peter has in trying to keep up with both of his identities and how that affects his life and those around him. His struggles are also juxtaposed with the story of the movie’s main villain, Dr. Otto Octavius (Alfred Molina), whose failed fusion power experiment funded by Oscorp goes horribly wrong.

In the end, this movie becomes a deliberately well thought of character study that shows how these two characters deal with the changes that happen to them, their struggle with that, how it affects others, and the difference that a single choice and a determined will has.

Aside from this, it also sets up things for a third movie, as Peter’s story, and Harry’s story is not done yet by a long shot.

This movie is darker than the first movie and feels like slower burn, but in the end, the story is so well-crafted that it organically builds up to Peter’s realizations and conclusions, and has a great pay off in the end that makes the entire journey worth it.

All in all, “Spider-Man 2” was not just a great superhero movie sequel, but a great movie in itself, that any fan of Spider-Man or of movies in general, should see.

Before I delve into  details, you know the drill……

To be honest, I am amazed at how Sam Raimi was able to make an even better film than the first “Spider-Man” film, complete with breathtaking CGI, great cinematography, great character development, a great score by Danny Elfman, and a story that almost anyone can relate to.

Sure, not everyone gets bitten by a genetically modified spider and tries to balance a double life with being just a normal human being and a superhero; but everyone does go through the things that Peter went through. Everyone has experienced trying to take on more than they can handle, trying to push themselves to the limit, having an identity crisis, having moments in which NOTHING seems to be working out, losing one’s belief in oneself, finding the willpower to slug through troubled moments in one’s life, finally reaching moments of clarity that allows one to make a choice, and making choices and living with the consequences of those choices.

This can not only be seen in the character of Maguire’s Peter Parker/Spider-Man throughout the film, but with Dr. Octavius as well, who, as everyone knows, is the villain known as Doctor Octopus or “Doc Ock”, due to the four “smart arms” that are attached to his spine.

Here, we saw Peter struggling with him making his life as Peter and Spider-Man work hand in hand, and gloriously failing at it. Aside from this, at certain moments, it felt like as if this entire thing has now become a regular routine to the point that he no longer is finding any happiness in doing what he does.

In the first act, we see everything going  horribly wrong for him, from not doing well in class, sabotaging his friendship with Mary Jane, getting fired from his job as a pizza delivery boy, and to top it all off, the compounded stress is beginning to affect his superpowers.

So, in the second act, after realizing that he has a choice in the matter, he decides to ditch the suit and try to be plain old Peter. His grades then start going up, and he’s able to focus more on things, but unfortunately, things aren’t going that well with Mary Jane who is now engaged to get married very soon. Also, all throughout the second act, he’s presented with opportunities to help those in trouble, and you can see that he is having a hard time stopping the urge to help. All of this, however, is undone after realizing that he could have saved more people in a burning building as Spider-Man and after he is hunted down by Doc Ock as Peter is the official photographer of Spider-Man.

This, and an inspiring talk from Aunt May about the need for heroes, causes him to realize that like it or not, the city does need him, and that the sacrifices he has to make in fulfilling that role are worth it. This then allows him to don the suit once more, and compounded with the belief that  the citizens of New York have for him, allows him to face his biggest fears, and allows him to not only save Mary Jane, but also saves Doc Ock from himself.

A big point in the Raimi “Spider-Man” trilogy is how much belief the citizens of New York have in him, and how they claim him, with much pride, as their very own superhero. This was seen in the first movie when they pummeled the Green Goblin with things in order to distract him; and it was seen again here after Spider-Man battles Doc Ock on a train and saves its passengers from falling of the railway tracks.  Here, exhausted, Peter, unmasked, begins to fall, but he is saved by the passengers, who carry him and lay him to rest on the train floor. This was accompanied by beautiful imagery, a great score, and their promise not to reveal who he really is to the world.

Now, you can juxtapose Peter’s journey and the choices he makes with Doc Ock’s own character arc. He began as a scientist wanting to make a better world with his fusion power drive. However, when the experiment began to fail, he refused to listen to  both Harry and Spider-Man which caused his beloved wife to die, and for the “smart” arms attached to him to become sentient.

Then, instead of having enough will power to control the smart arms, he succumbs to its whispers that he should continue what he started because, after all, he is just trying to make the world a better place.

In the end, Peter is the one who makes him come to his senses, and his belief in him, just like the belief that the citizens of New York had for him, is the thing that makes him believe in himself to the point that he sacrifices himself in order to stop the entire city of New York blowing up.

However, this theme of making choices and living with it not only is shown in Peter’s and Doc Ock’s story arc, but in the character arcs of Mary Jane and Harry as well.

Harry chooses to wallow in self-pity and in his obsession in seeking vengeance on Spider-Man. This decision to carry on with this ends up putting both Peter and Mary Jane in harms way. When faced with the reality that Peter is Spider-Man, he hesitates, but at the end of the film, you know that he is going to follow in his father’s footsteps as soon as you see him in his father’s secret hide out.

For Mary Jane, I do believe that deep down in her heart, she never loved John Jameson, and that she was only settling for second best as Peter was distancing himself from her, and routinely sabotaging whatever relationship they had left with each other.

In the end, thanks to a pep talk from a good friend, and discovering that Peter is indeed Spider-Man, she makes that choice to follow her heart to try to make a relationship with Peter work, spider suit included.

This, however, doesn’t mean that everything will go on smoothly for both Peter and Mary Jane, because like every relationship, they will have to work on all of the challenges they face as a couple together.

In the end, this was not just a great superhero movie sequel, but a great movie as well. It was a well thought of and well crated character study that talked about the choices that people make in their lives and how it affects a person and one’s loved ones, and it was a movie about believing in yourself.

Did you like “Spider-Man 2”? What were the things you liked and didn’t like about the movie? Let me know what you think in the comments below!