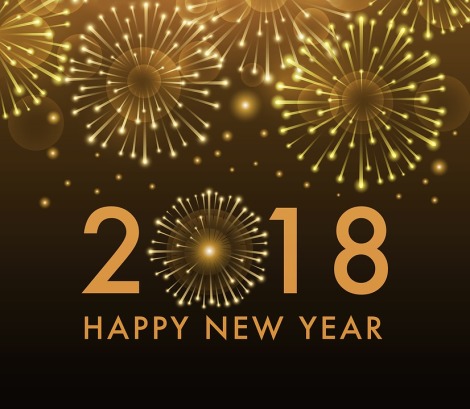 First off, I’d like to greet everyone a Happy New Year, even though it is a week late; and I would like to thank everyone who has read and will read this blog, and those who have decided to subscribe and follow me. All of this would not be happening without your support. So thank you, and I hope that you all had a wonderful holiday season for the past few weeks.

However, before I talk about what’s in store for The Kat’s Cafe in 2018, let’s take a brief moment to look over all the good and the bad that happened in 2017.

Last year, I was able to renovate the site to how it looks right now.

Aside from Movie Reviews and TV Reviews, I also started reviewing books and some Audio Dramas (Jago & Litefoot Series 1-5, The Fourth Doctor Adventures Vol. 1, The Lost Stories-The Fourth Doctor Box Set). I reviewed a lot of shows that I could stream on Netflix; almost finished reviewing all of Mamoru Hosoda’s anime movies; reviewed the modern Doctor Who Series until Series 9 & started reviewing the Classic Era (Fourth Doctor and the first parts of the Fifth Doctor); watched & re-watched all the existing “Spider-Man” movies all the way until “Spider-Man: Homecoming”; watched one Filipino movie; reviewed one comedy special; and got introduced to “RWBY”, “Trollhunters” and “My Little Pony: Friendship is Magic”, which I am also reviewing here.

I also came up with new menu items/categories such as The Kat’s Cosplay Cronicles, in which I post a step by step process on how I create my cosplay outfits; The Kat’s Guide, in which I provide a guide to fandoms & shows I love; The Kat’s Character Guides, in which I provide an in depth analysis of characters in shows I watch and love; The Kat’s Con Chronicles, in which I talk about my experiences in different fan conventions; and Animation Break, which is what I use to categorize all anime, animated and computer animated shows and movies (PIXAR movies however, still do fall under Movie Reviews). I also tried having a Top Ten List, but that didn’t pan out as well as I thought it would, but if you guys think it is still a good idea, just let me know.

My favorite movies of 2017 included “Logan”, “Dunkirk”, “Coco”, and “Blade Runner 2049”. I also watched the Director’s Cut of “Blade Runner” for the very first time, and I instantly fell in love with it. This year also saw the very last “Star Wars” film in which Carrie Fisher is in, as she has sadly passed away. While I still have mixed feelings about “The Last Jedi”, she will always be remembered.

I also cosplayed thrice this year- for a convention, my birthday & Halloween. I went as Sarah Jane Smith, Twilight Sparkle & Pinkie Pie.

Now, let’s talk about all the awesome that is in store for The Kat’s Cafe in 2018!

First up is an updated category. I am now putting everything that I listen to and review, which will mostly be Audio Dramas, under the category of “The Kat Listens”.

The Kat Reads– Last year, I attempted a 50 Book Challenge, which I horribly failed at. This time around, I plan to actually fulfill this. Some of these books will be books I haven’t ever read before, and some of them will be rereads of some books that I have been meaning to reread for a very long time. Aside from this, I have decided that plays would be one book, comic books will be reviewed per collected volume, or if it’s really a graphic novel (for example, “The Killing Joke”) that will be considered as one. If it is a manga, the entire, completed series will be taken as one as well.

TV Reviews– Aside from the usual, I hope to watch more anime this year, whether it be new or revisiting old titles. I also hope that I can watch more Asian Dramas this year, and I hope that I can catch up as well with the current tv season for Korean dramas. As of the moment, I’m still catching up with last year’s entries! I also hope to be able to finish watching Classic Doctor Who this year, and hopefully, start watching “Star Trek” in its entirety.

The Kat’s Cosplay Chronicles– Making my Twilight Sparkle and Pinkie Pie cosplays showed me that I can actually sew, and that I can actually make these myself, as long as I have enough time to experiment with things first. This year, as I have those two cosplays already, I can focus my energies on two new cosplays, one of which will be for a group cosplay that my sister and niece are planning to do for a con this year.

For the group cosplay, I’ll be going as Ruby Rose from RWBY. For this one, I’ll be using the Vol. 1-3 version of Ruby, and I’ll also be making her scythe, Crescent Rose. However, I am not sure if I can make it a “working/foldable” one, but let’s see.

The other cosplay I also wanted to work on would be Nora Valkyrie, also from RWYBY. For this version, I’m going for her outfit post time-skip, from Vol. 4 onwards. Of course, this will include making her weapon, Magnhild.

My biggest ambition is to cosplay as Ahsoka Tano, but that seems a little bit too ambitious, so I’ll leave that for 2019.

Of course, I’ll be attending cons again this year, so look forward to my reports on those in The Kat’s Con Chronicles.

As for the immediate future, the first half of January will see me catching up with reviews from things that were left over from December. This includes my review of the “Doctor Who” Christmas Special “Twice Upon A Time”, a Korean Drama called “Stranger/Forest of Secrets”, the Filipino movie “Ang Larawan”, and the play it’s based upon- “The Portrait of an Artist as A Filipino”.

If you have any suggestions about movies, books, graphic novels/comic books, manga, tv shows, anime, etc., that I should be checking out this year, let me know in the comments below!