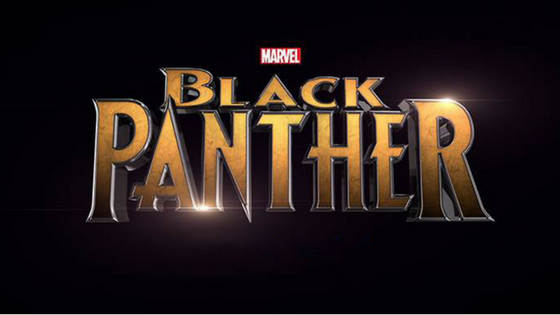 Ever since Chadwick Boseman’s T’Challa or Black Panther made an appearance in “Captain America: Civil War”, many have been eagerly waiting for his own standalone film; and to see what MARVEL will do with his character and to see how they will tell his story. And the anticipation for “Black Panther” rose even higher after “Thor: Ragnarok” proved that the MARVEL Cinematic Universe was capable of giving us new things, even after being ten years in. Thankfully, audiences got what they wanted with “Black Panther”, as it was a though provoking character piece with great performances, cinematography, story and score. It does have its flaws though, but despite that, “Black Panther” is definitely a worthy entry to the MARVEL Cinematic Universe (MCU), and a worthy lead in to “Avengers: Infinity War”.

Just as a side note, because how refreshing “Thor: Ragnarok” and “Black Panther” was, I am now even more looking forward to seeing what they can do with “Avengers: Infinity War”, “Ant-Man and the Wasp”, and of course, “Captain Marvel”.

This is also my first MARVEL review for the MCU’s Tenth Year. I will still be trying to watch every MARVEL movie leading up to “Avengers: Infinity War”, with the exception of this movie, “Spider-Man:Homecoming” and “Thor: Ragnarok”.

“Black Panther” was directed by Ryan Coogler;produced by Kevin Feige; written by Coogler and Joe Robert Cole; with a score composed by  Ludwig Goransson featuring a curated playlist by Kendrick Lamar; and with cinematography by Rachel Morrison.

The film is set a week after the events of “Captain America: Civil War”, in which T’Challa takes his father’s place as the king of Wakanda, a technologically advanced and wealthy African civilization that keeps up the illusion that they are a poor third world country as they fear that others might use their wealth and vibranium to destroy the world. His early reign is disrupted, however, after Ulysses Klaue, who stole from in the past, pops up on the radar; and after someone unexpected from the past returns and challenges T’Challa’s right to the throne. However, in the end, Wakanda and its king tackle the question of what Wakanda’s responsibility is to the world given what they have.

The world building in this film was great, and the cinematography when it comes to Wakanda, its people and the way they use technology was really well done. It gave us everything that we needed to know about its people by balancing out what they showed the audience and the necessary exposition dumps that weren’t too long or boring.

Every single cast member in this film gave their best, and aside from Jordan, Nyong’o and Boseman, the breakout stars of this film is no doubt Letitia Wright and Danai Gurira.

Wright played Shuri, T’Challa’s sixteen year old genius inventor younger sister. Not only did she have charm and sass, her performance was truly genuine, and her relationship with T’Challa was realistic and well fleshed out.

Gurira’s Okuye was definitely a force to be reckoned with. She commanded so much presence, yet wasn’t overpowering, and had a sense of humor and charm to her as well.

Jordan as Killmonger was fantastic, and yes, I do agree that Killmonger is the second best MARVEL villain yet. (That first spot belongs to Tom Hiddleston’s Loki, of course.) He created a complex and layered villain that you can actually empathize with.

Boseman’s was perfect as T’Challa. He wasn’t too overpowering, yet he was regal, and showed his intelligence and humanity as well. I also liked how the movie allowed Killmonger’s appearance to allow T’Challa to start questioning what he knew about his father and what he should be doing as king, and that gave him the push he needed to become a better ruler.

I also liked how Killmonger’s and T’Challa’s story arcs mirror each other, and yet, they all tie up with that theme of what should Wakanda do, knowing that there are others out there who do need their help.

Nyong’o’s performance was nothing short of phenomenal, and I loved that we were given a love interest who is strong in her own right.

“Black Panther”, however, isn’t a perfect film. Some action scenes were shot too darkly; I wish they had given Serkis and Freeman more to do; and the first half and the second half somehow felt like different films at a particular point. However, that being said, this movie was great because of the socially relevant issues that they brought up; and because it was an interesting character piece for T’Challa.

You know the drill, from here on out, there will be spoilers!

As someone who loves science fiction and fantasy, I always look forward to the world building a film presents me with, especially if it is a land that has never been heard of before, and Wakanda didn’t disappoint. I love the fact that even until the end, the wonders of Wakanda, and how their technology is used, still managed to surprise me. And by that, I specifically mean when W’kabi and his men used their cloaks as ACTUAL SHIELDS. I also appreciated the fact that there wasn’t too much technobabble, or at least, there was just enough technobabble that wasn’t too overwhelming  for the audience in this film.

As I mentioned earlier, I did love how Killmonger’s and T’Challa’s story arcs parallel each other, and that it all ties up to what Wakanda’s responsibility is to the world and to their suffering brothers and sisters all over the world.

T’Challa, who had been steeped in tradition, was forced to question his own beliefs and in his father thanks to Killmonger, and in doing so, it made him realize that the right thing to do is to share their knowledge to the world instead of hiding away and doing nothing in fear.

However, I can see where Killmonger is coming from as well, as he has seen war and how the African-American community is treated in the United States.

Jordan was able to bring a very layered and complex villain to the MCU, and I am quite sad that we will not be seeing him  again, although I do understand why he decided to die instead of being healed by T’Challa and Shuri.

It was wonderfully refreshing how the women in this film were strong independent women in their own right, but at the same time, it wasn’t too preachy, and allowed them to still have their own love interests who treated them as equals. This was done in an organic way as whatever they said, or whatever choice they made was very much in character.

Personally, my favorite character in this film is Shuri, as she was sassy, snarky, yet a good younger sister, and someone whose genius doesn’t make her too arrogant. I cannot wait to see Shuri interact with Tony Stark (Robert Downey Jr.), Bruce Banner (Mark Ruffalo), and Peter Parker (Tom Holland) in future MCU films.

It was great to see how each character, even the secondary characters, were well fleshed out, and portrayed well by each performer in the cast.

However, as mentioned earlier, this isn’t a perfect film, and it does have its fair share of flaws.

For me, I felt like the first half of the film, with T’Challa’s ascension to the throne and the car chase in Busan, was like a superhero film. However, the second part of the film felt different, as I felt that the plot was finally being driven forward more.

I also wanted to see more of Serkis’ Klaue, as he seemed like a very interesting villain, and because it’s rare for most to see Serkis physically actually present in a film and not playing another motion capture character. I did appreciate Freeman’s presence in the film, but I do honestly wish that they had given him more to do.

I also felt that the first action sequence in the jungle was too dark. I have the same complaint with the climactic battle with T’Challa and Killmonger; and the fact that when they were falling into the cavern with the laboratory, it really did feel like it was CGI.

“Black Panther” was definitely a great follow up from “Thor: Ragnarok”, and a great lead in to “Avengers: Infinity War”. Just like “Ragnarok”, it was a definite breath of fresh air in the decade old MARVEL Cinematic Universe, as it provided us with an interesting think piece and character piece that is very relevant today. It will also do wonders in pushing the genre of afrofuturism to the forefront. It was a great and enjoyable film, but personally, it still doesn’t reach the heights and how much of a game changer “Captain America: Winter Soldier” was.

Have you seen “Black Panther”? Did you like or not like it? What did you or did you not like?  Where does this film rank among the other MCU films? Let me know what you think in the comments below!