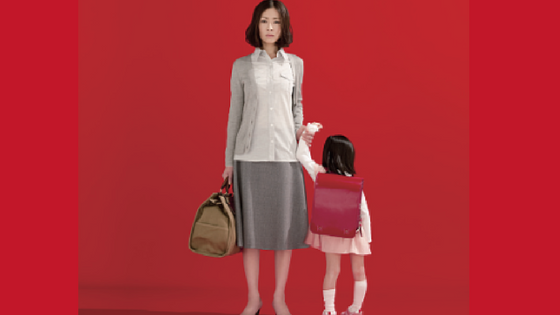 Just recently, tVN just finished its run of their (Korean) remake of the 2010 Japanese drama “Mother”. Before watching the Korean version, I decided to take a look at the eleven episode Japanese drama first to get a feel for it, and as I wanted to see the differences and the similarities in the two dramas, especially as the two will no doubt have differences in terms of characters and tropes, the way it is told, and the differences between the two cultures. I did love this powerful 2010 drama, which was ahead of its time as it had a predominantly female cast, and delivered a powerful message about the meaning of motherhood and the sacrifices mothers make for their children.

The drama tells the story of a substitute teacher named Suzuhara Nao who decides to kidnap and become the mother of Michiki Rena after realizing that she is being abused by her mother and her mother’s boyfriend. The series depicts the fallout of this decision, and how this incident strengthened and tested family bonds, and allowed healing and discovery to take place as well.

It was also a wonderful piece that talked about the different kinds of mothers there are in this world and the challenges that they face, in different stages of life.

Aside from it being a little bit of a melodrama, this drama can be categorized as “slice of life” as well. I love how the entire drama made me feel like I was a voyeur watching the the lives of the main characters, and how realistic it all felt. This, however, is typical in Japanese dramas like this, and made me miss watching Japanese dramas even more.

The cinematography and direction was really good, and the acting talent involved was phenomenal as well. However, among all of these great actresses, this drama was the one that catapulted Ashida Mana into the spotlight, as she managed to pull off an emotionally challenging role at the tender age of six.

All in all, the Japanese drama “Mother” is a well crafted drama with powerful and phenomenal performances and gorgeous cinematography that allows us to explore the true meaning of motherhood in various situations and stages of life, while tackling the heavy subject of child abuse.

This drama is aptly named “Mother”, because, as mentioned earlier, it showcases different kinds of motherhood in various stages of life and in various situations.

Of course, what was predominantly shown was a comparison between the way that Hitomi raised Rena, and Nao and Rena after taking her under her wing. Aside from that, there’s the comparisons between the woman who took care of Nao at the orphanage, Nao’s adoptive mother and Nao’s biological mother; and lastly, we see the difficulties and challenges a soon to be mother has while she is expecting.

In the first parts of the drama, I really did want to hate Hitomi for being indifferent to her child and for allowing her boyfriend to abuse Rena. However, after seeing the flashbacks on how Hitomi became that way, I realized that she really does love Rena, it’s that she wasn’t truly fully equipped to be a mother, especially as she had Rena so young and lost her husband at a young age as well. It also didn’t help that she ended up with a boyfriend who only helped her escape reality instead of facing things head on.

Nao, on the other hand, while not a natural mother, felt a connection with Rena, as she didn’t want any other child to feel the loneliness that she felt as she did believe that she was abandoned by her mother. Interestingly enough, by kidnapping Rena, she was not only able to get closer to her adoptive family and mother, but was able to reconnect with her biological mother as well.

We also see the immense sacrifices a mother makes for her child. For Toko’s part, she was willing to officially dissolve Nao’s adoption into their family because both she and Nao knew it was the right thing to do to protect the family. With Hana, she endured thirteen years in prison in order to protect Nao, as it turned out that it was Nao that burned down their house to protect her mother from her abusive father.

We also see the difficulties an unwed pregnant woman has, especially after discovering that the child might have a defect. Even though thinking of not having the child anymore while pregnant is unthinkable to me, I do understand that Mei herself had to deal with the fact that she might not anymore be able to marry her fiance because of it due to his own family background.

Aside from this, I do love the fact that they were able to tackle such a difficult and heavy subject, and that in the end, justice was served. In this aspect, the reporter, Fujiyoshi, was also able to get some closure and peace, as he had once been a witness to child abuse and instead of acting upon it like Nao did, he did nothing, and the child died.

I also like the ending that was presented- that Rena ended up in a good orphanage or foster home, and met up with Nao when she was twenty. That ending was realistic, and while still sad, at least it wasn’t tragic.

The Japanese version is very much a slice of life melodrama that got me emotionally invested with the characters and with everything that’s happening to them. For the Korean version, I do expect that one of the sisters will probably be a big antagonist, and there will probably be more time to flesh some things out, such as the backstory of Nao’s parents. I also think that it will be more intense, which means that it will take me some time to actually get through the entire thing while staying emotionally sane.

With regards to acting, everyone was phenomenal. However,  again, the breakout of this drama was really Ashida Mana, as she was able to pull off playing Rena and Tsugumi effortlessly, despite how demanding this role was for her, emotionally speaking.

All in all, this was a powerful masterpiece of a drama that combined a powerful story tackling a heavy subject with phenomenal performances, direction, and cinematography. Definitely a classic and must watch for any fan of Asian dramas.