Starting today, dozens of fans of pop-culture are celebrating their favorite fandoms at Asia Pop Comic Con, one of the biggest pop-culture fan conventions that happens annually in Manila, Philippines. I have been attending Asia Pop Comic Con since it began, and since then I have eased my way into cosplaying. This time around, I decided to go as Ruby Rose from Rooster Teeth’s “RWBY”, and decided to try to make most of it myself. So, here’s how I went around making my costume for Ruby Rose. Please take note that this is only for her main costume, I didn’t make the scythe because I’m not good at prop making. Also, I decided to make her Volume 1-3 costume for this cosplay. 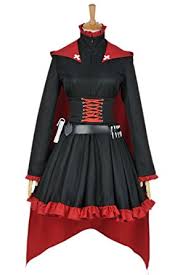 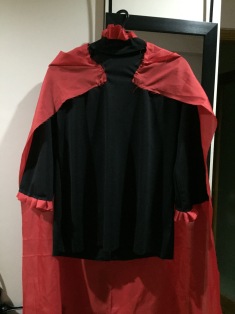 I was lucky enough to find a top in the department store that suited what I needed, and I was lucky enough that it did have bell sleeves. I had to have it altered though, in order for it to have some shape and because it was a little too big for me.

For the ruffles, I took some red cloth, pleated it, then ran my thread and needle through it to serve as the basis for the folds that make up the ruffles. I made three of those, two for the sleeves and one for the neck, then I sewed it on, making sure that I was sewing and locking down the folds that would make the ruffles.

For the cape, I used the same red cloth I had and followed this template.

However, I when I tested it out, the back part with the hood drooped down too much. To remedy this, I cut off some parts of each side of the cape after measuring it based on where it be fastened to the black top. I sewed it on then instead of using cross pins, I just painted it on with white paint.

I was lucky enough to find a black skirt in a closet at home that was just perfect for the outfit, and I had it shortened as it was a bit long. Afterwards, I took some red tulle,  and I used the same method I used with the ruffles for the top to make the ruffles for the skirt. Then, I sewed it on to the hem of the skirt.

I decided not to go for an underskirt or to make it, as the black skirt retained its balloon shape.

For the leggings, I just used a pair of black stockings I found in a closet at home.

I wasn’t actually sure how I was going to make the belt, but I ended up finding a creative solution to do it.

The belt itself is an old belt that we had lying around the house. I used four chopsticks that I cut in half and painted silver for the bullets.For the pouch, I painted a pouch I had grey and attached two big hair clips to the back so I could secure it better on the belt; and For Ruby’s emblem, I printed it out from an image I pulled off the internet on sticker paper, which I cut out and put on two layers of foam sheets, which I had to cut as well; then glued it  on to the belt.

For the corset, I bought one at a department store, and bought red string to lace it up with. 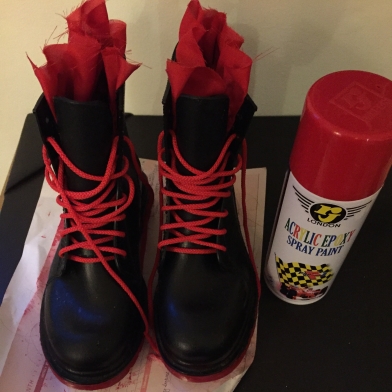 Surprisingly, I found my boots on Facebook Marketplace. I swapped the laces for red ones, and I bought a can of signal red acrylic spray paint which I used to spray paint the soles and the side of the soles of the boots red.

For the ruffles, I used the same technique I used for the skirt, neck and sleeves, and then glued it on.

Ruby has silver eyes, but since I don’t like wearing contacts, I decided to forego that bit.

I have had the wig since December last year, and I have several wig caps already on hand. 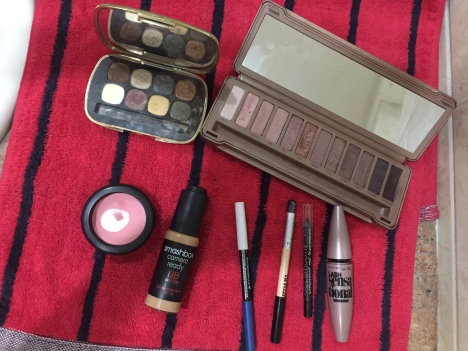 Here’s how it looks when I put everything together. 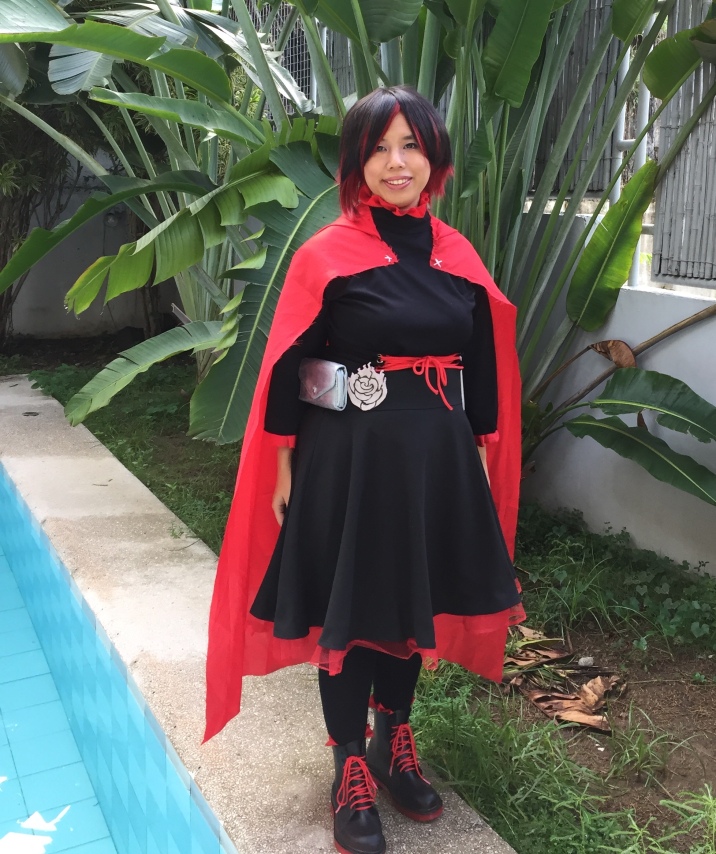 The Kat as Ruby Rose

This was a bigger cosplay project than I usually do, so I’m glad that I was able to pull this off. However, don’t do what I did as I crammed all the sewing and actually making things in two weeks. It’s really better to have more lead time for everything, including hunting down the items you need to make your costume.

This was my first ever “RWBY” related cosplay, and I hope to do more in the future. Some of my next cosplans include Nora Valkyrie from “RWBY”,  the waitress version of Clara Oswald from “Doctor Who” , and maybe one day, I’ll try an attempt to finally do Ahsoka Tano from “Star Wars”.

However, as it seems that I do alternate Whovian and non-Whovian characters every year (I was Sarah Jane Smith from Classic “Doctor Who” last year), I’ll probably go as Clara to APCC next year.

Until the next cosplay!