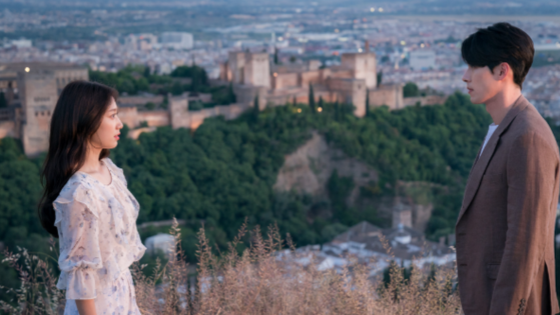 Back when I was first getting into Korean dramas, another drama that caught my attention was “You’re Beautiful”. Based on the fact that I did enjoy the cross-gender genre thanks to “Coffee Prince”, my younger sister and I decided to give that one a go, and it introduced me to a very young Park Shin Hye, Jang Geun Suk, and FT Island’s Lee Hong Gi (Hong Gi would later go on to become one of my ultimate male biases in Kpop alongside 2PM’s Lee Junho). So, naturally, when I heard that Park Shin Hye would be starring in a drama written by “W: Two Worlds” writer Song Jae Jung, and that the premise was just as ambitious and as unique as that drama, my younger sister and I decided to check it out as well. After coming out of it (alive), we can confidently say that the drama’s premise is unique and interesting, it had a great cast, but we prefer “W: Two Worlds” much better over this one in terms of storytelling and pacing. We stuck to it until the very end, however, as we also did very much enjoy the overall world building and concepts that the show introduced to us.

The drama follows Yoo Jin Woo (Hyun Bin), a brilliant CEO of an investment company that deals with emerging new technologies and optical devices, who ends up getting entangled with Jung Hee Joo (Park Shin Hye), a hostel owner in Granada and a former classical guitarist, after receiving an email about a brilliant new AR (augemented reality) game entitled “Memories of the Alhambra”, from Jung Se Joo (EXO’s Chanyeol), who suddenly goes missing. Jin Woo enters the game while searching for Hee Joo’s missing but genius programmer Se Joo, and soon realizes that not all is well as the lines of reality and the game world begin to blur.

The show garnered extremely high ratings, but also received a lot of criticism for its blatant product placements. I’m not really fond of that, but I did love how they had no qualms about it and ran with it, and also used it to create interesting marketing strategies within the drama’s universe that tied up with the AR game that made me applaud at how brilliant it was.

The premise itself was great. It did remind me of “W: Two Worlds“, a lot, even if the medium here was different (an AR game instead of a manwha), but I loved how it differentiated itself from “W” through the way the game itself and its world building was presented.

I wasn’t happy, however, with the sluggish pacing, the romantic storyline, and how we would only get very little plot per episode as the show moved along. I expected there to be romance and that the pacing would get slower towards the middle based on my experience from “W”, but I didn’t expect how much I didn’t like the romantic storyline, how much slower the pacing would be, and how illogical some things would be. It came to the point in which I literally fast forwarded the romance parts to get to the action parts and actual plot points that would move the story forward.

I also wanted to see more of Chanyeol’s Se Joo as well, especially as he was the key to understanding the game and why things are happening the way they are.

Park Shin Hye is a good actress, I have no doubt of that, however, I felt that she was given very little to work with here, and more often than not her character would just cry a lot and be clingy.

Hyun Bin was amazing in this drama, and his commitment to his character is admirable, from the limp affectation that he had to have majority of the series, to certain action scenes. I have no idea why I have never seen any of his dramas before, which made me want to back track and check out his earlier drama work afterwards.

The one that stood out the most to me, however, was Min Jin Woong and his character, Secretary Seo. I like Min Jin Woong, especially after seeing him in “My Father is Strange”, but his portrayal of the ever faithful Secretary Seo was just amazing, and in the end, JIn Woong became my favorite character throughout the entire show. 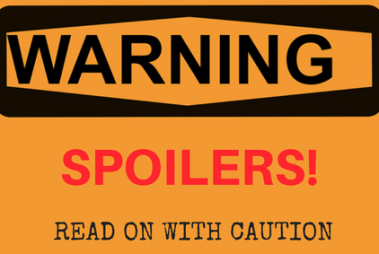 As I mentioned a lot of negatives that dealt with the plot, writing and pacing, let’s get that out of the way first.

I thought that the pacing was too slow, especially with regards to the actual plot line of the story; and the storytelling at times was a little bit all over the place. I like the fact that the first part of the story was told in a non-linear fashion, switching from the present to the past and from reality to the game itself, however, there were some moments where the flashbacks to the past became a little bit disorienting. I also did not like the fact that there were times when the reactions were drawn out, and that it focused more on the “filler” parts before actually getting to the main plot about where Se Ju was and why he went missing. I also did not really buy the romantic relationship between the two logically speaking, and I didn’t any romantic chemistry between the two at all.

Park Shin Hye is undoubtedly a good actress, but I was dismayed to see how little agency her character was given and that more often than not, she was crying, and during her relationship with him, I felt that she was a little bit too clingy. I felt that they could still have had Hee Ju have complete faith in the fact that Jin Woo would bring Se Ju home back to her without there having to be a romance angle in it. However, I do think that she did the best that she could do with the material given.

During the show, my sister and I actually made the blatant product placements a game, but the one big product placement and marketing strategy here that I thought was absolutely brilliant was that Subway and other convenience stores made tie ups with the game in which users would earn points for health, etc, if they bought and consumed their products.

Now, the premise was really good and I thought that the way they presented the actual game within the drama was amazing. The action scenes were good, and again, Hyun Bin was amazing. Sure, I’m not a big fan of the fact that he was very uncommunicative towards Hee Ju, but I loved how he really maintained that limp affectation throughout the whole drama, and the way he acted when he had to pull out that knife out from his chest was nothing less than superb.

The one character both my sister and I fell in love with was Min Jing Woong’s Secretary Seo. Min Jin Woong has a way of playing adorkable characters that makes me fall in love with them, and this was no exception, portraying the long suffering Secretary Seo who was always at Jin Woo’s side, and aside from it being just a job, he genuinely cared about his employer. And this is precisely why his death in Granada was heartbreaking, and to rub salt on that wound, the way he appeared as an NPC that would only appear when Jin Woo was in grave danger was even MORE heartbreaking. (Also,sidenote, I loved that his user name was City Hunter.)

Lee Ra was amazing as Hee Ju and Se Ju’s sassy younger sister Mi Ju, and I would have liked to have seen more of Chanyeol’s acting here in this drama as the entire show did hinge on him, as he was the creator of the game.

Now, regarding the ending, I think that Jin Woo was able to protect himself within an “instance dungeon” within the game, as I think that what Emma erased wasn’t the person of Jin Woo but his in game character and all the files related to that character. So when the game was finally launched, he was able to start moving around within the game again, so he quickly levelled up, and I think that the hope is that Hee Ju would be proactive, actually enter the game, and she’ll be able to get him out through some mission or quest again, which means that the drama actually ends on a happy note for them. I think, however, that that part, as much as I would like to see Hee Ju have some agency of her own and take some names within the game, that it would be best left up to the imagination. So, I don’t think that the ending was too open ended to warrant a second season.

in the end, “Memories of the Alhambra” was an innovative drama with an interesting premise that suffered from pacing, storytelling and character issues, but is worth the watch if you have enough time to spare. This drama, however, made me curious about Hyun Bin’s past works, and made me buy Subway twice after watching the show.

Have you seen “Memories of the Alhambra”? What did you think about it? Let me know what you think in the comments below!

One thought on “TV Review: Memories of the Alhambra (Spoilers!)” 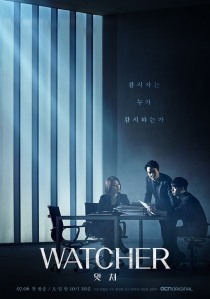 Thank you Woolim for putting up Golden Child’s concert tonight as a live stream! You did well boys! Proud to be Goldenness! (also kind of regret not buying more concert DVD’s before the quarantine.) @woollim.entertainment @official_gncd11 #goldenchild #goldenness
Before the day ends, happy 2nd Anniversary, Stray Kids! Your songs have a special place in my heart, and they showed me a different kind of energy that I’ve been missing in Kpop. One of these days, I’ll see you in concert! @realstraykids #straykids
Kicked off the year right by meeting my 3rd ultimate in Kpop last Jan 12,2020 at the Kim Myung Soo Fan Meeting in Manila! It was an unforgettable night! #KMSinMNL @cdmentph #latepost #inspirit #myungsoo
My first Kpop concert experience was a great one! Go Go Gfriend in Manila 2019 last Aug. 25,2019 was amazing & I can’t wait to attend more Kpop concerts in the future! Read more about my experience in my latest Blog post, link in bio. @newfrontiertheater @_mymusictaste @gfriendofficial #gogogfriend #gogogfriendinmanila #mymusictaste #newfrontiertheater #gfriendbuddy #kpop #kpopconcert 📸 @celannemiranda