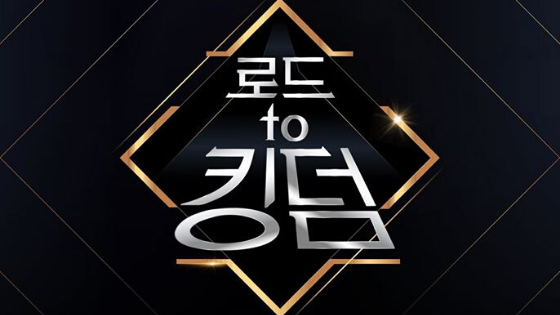 I can’t believe that this Thursday’s episode, is the final episode of this series. I am very happy though that they opened up the voting to international fans as well, and that Mnet will be live streaming the finale on their YouTube channel.

However, before we get into that, let’s take a look at what happened last Thursday on the sixth episode, which mostly covered the other individual team performances. From there, all the points were added up together to see the new rankings, and at the end of the episode, another elimination occurred.

As I talked about the collaboration performances already in the last post, which was the first part of Round 3, I’ll just be focusing on the individual team performances here, my overall ranking so far versus the show’s rankings, and the elimination that happened as well. Don’t worry, I’ll put up my usual spoiler warning sign before I talk about the elimination.

When I first heard the rules for this, I got kind of confused, but here’s what I gathered from what I understood. Before the episode aired, each group was asked to pick a song that they’d like any of the teams to perform, and they didn’t know who their song choice would go to. On the day of the shoot, they were informed that their song choice would go to their partners in the collaboration round.

Verivery chose GOT7’s Hard Carry, which was performed by TOO; while TOO’s choice, Mamamoo’s Gogobebe went to Verivery.

Oneus got The Boyz’s song choice of Infinite’s Be Mine; while The Boyz got Oneus’ choice, VIXX’s Shangri-La.

1. Oneus- Be Mine by Infinite

Before I was a To Moon, I was an Inspirit, and I absolutely loved Oneus’ cover of this iconic Infinite song. I liked how they gave it the “Romeo and Juliet” treatment. This is such an iconic song, and a very meaningful one to Inspirits as this was the song that gave Infinite their first win, and I think they did it justice by making it theirs. They also changed up the choreography for it too. I loved the use of the lampposts in the choreo, how they ended up choosing RAVN as the Romeo of the story, the blink and miss it tribute to Infinite with the dancers forming an infinity symbol with their hands, and the way they decided to end the story right before Romeo/RAVN “drank” the poison. I also liked the added touch of the part of the choreo where Leedo and Keonhee were standing opposite each other while on top of other dancers. It felt like they were doing the duel of Tybalt and Benvolio. Great performance!

I loved that they actually showed footage of TOO going up to GOT7 during one MCountdown to ask for advice about performing this really hard song. I think the boys did a great job and gave it their own youthful flavor. It was energetic, fun, colorful, and there was always something going on. I wasn’t fond of Chan’s dreadlocks, but I did like the effect of the luminescent paint on their clothes for that one dance break.

This performance was so much fun! I loved that they showed more of their “On” side here as the last few performances have shown more of their “Off” side. To be honest, I’m not fond of this iconic song, and I love how they made it their own by adding Michael Jackson-ish beats and the saxophone parts from Complete. I loved how theatrical it was with the first part seeming to be Hyojin’s daydream, and the last half was the actual performance. Every member got to shine here as well! I loved how E-Tion really got highlighted in this performance, MK’s high note was just great, U got a solo dance break, Wyatt got to say thank you to Rain (his idol), and that transition from J-US to Hyojin jumping out of those curtains was just great! ONF is really doing great in this show and I’m just so happy for them.

Throughout all the episodes, I have been waiting for Pentagon to really step up their game, and basically THIS WAS IT. Follow is such a hard song to rearrange because I think that the song is pretty much perfect, but Hui really worked his magic into this one. I love how it was very different from Monsta X’s, with the beginning being all ethereal and majestic, and the arrangement and choreography were very them. This, hands down, has been the best performance of Pentagon’s in the competition to date.

I love that Verivery isn’t afraid to take on different concepts and throw themselves at new challenges, and they did it again by mashing up Gogobebe with an Alladin theme. To be honest, I wasn’t sure how that was going to work out, but it worked out so well! Also, props to them for actually doing the whole performance in one take! That takes a lot of complex coordination, and so many things could go wrong, but it went smoothly despite the accidental coin on Yeonho’s head, and with Hoyoung dropping his staff. The poor boy beat himself up about it after the stage, but I loved how that mistake actually felt so organic to the performance itself and it worked. I also liked how there was a story line to it, and I liked how we saw the rise of Jafar (Hoyoung) and his downfall. I loved the bits with the staff hovering as well!

6. The Boyz- ShangriLa by VIXX

The Boyz really know how to create memorable stages and I love how although the first two performances were strong, this time, they showed how elegant and graceful they can be with VIXX’s ShangriLa. The entire performance was breathtakingly beautiful! I loved how graceful they were, adding the Moonlight Sonata into the song itself, New being the pink haired center of their man made flower, the use of that double door, the way they did the shadow play of a tree blooming, to them holding branches representing a bare branch that begins to bloom, and that ending with Younghoon opening the door into paradise….it was just amazing. I was just as speechless as I was during the Reveal performance. ShangriLa also happens to be one of my favorite VIXX songs of all time, and I think that they did the song justice. The Boyz was really made for this show, and you can really see it.

Okay, from here on out, there will be spoilers, as I’ll be putting my overall score for Round 3, and the show’s scores, and as I’ll be talking about the elimination as well. You have been warned! 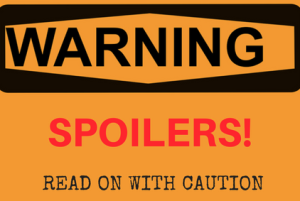 For Round 3 Part 2, I didn’t really understand why Pentagon scored so low, as this was the best that they’ve done in the competition to date. As for the overall scores, I’m very happy that ONF won the round, and to be honest, I’d be very happy if ONF or The Boyz make it to Kingdom.

For the overall scores, I honestly do think that Oneus should have placed higher.

I think we all saw it coming that TOO would get eliminated, but I think that they’ve grown a lot through this competition, and I think it was very brave of them, especially as when the show started filming, they hadn’t yet officially debuted yet. I have grown fond of TOO, and I can’t wait to see what they’ll do next, and I am kind of excited for their comeback in July.

Now for the finale, each group will be performing brand new songs, all of which are actually available on music platforms , and they all sound AMAZING. I really can’t wait to see them perform these on Thursday! Until then, I’ll be streaming on YouTube and getting points on the Whosfan app so I can vote on Thursday!

I’ll try to come out with a recap of the finale episode by the latest on Saturday!

See you at the finale!