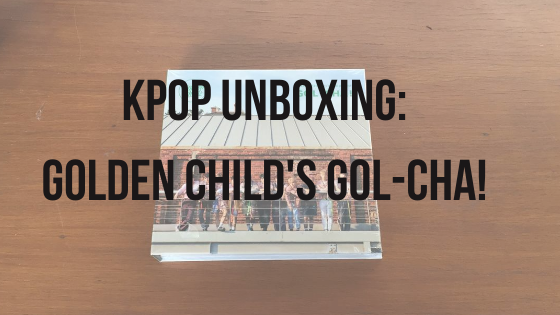 One of my Kpop collection goals this year was to complete my Golden Child collection, at least for all their discography. I originally got myself pre-loved copies of Golden Child’s first few albums and then later on decided that I wanted to get actual sealed copies. So, as of the moment, I am almost near my goal, as I have already ordered both versions of their second mini-album and their first single album.

It was quite nostalgic flipping through this photobook and album again, especially now as they will be celebrating their 3rd debut anniversary later this month!

Anyway, without further ado, here is the unboxing of Golden Child’s Gol-Cha!

‘Till the next unboxing!